Wreckage of long-lost WW II ship, sunken with its Native American skipper and half its crew, identified

Near the end, the battered American destroyer USS Johnston was surrounded by Japanese warships closing in to finish her off. The Johnston was ablaze. Scores of sailors lay dead. And after three hours of heroic battle, only one of its guns could return fire.

Evans and 185 members of the crew were lost, and he would become the first Native American in the Navy to receive the Medal of Honor.
On Thursday, the Navy and a team of undersea explorers announced that the wreck of the Johnston had been positively identified in 21,180 feet of water. Scattered wreckage had been found at the site in 2019 but could not be positively identified.

But late last month, a manned-submersible operated by Caladan Oceanic, a Dallas undersea exploration company, located the front two-thirds of the ship, sitting upright, along with the bridge, mid section and the identifying hull number, 557. 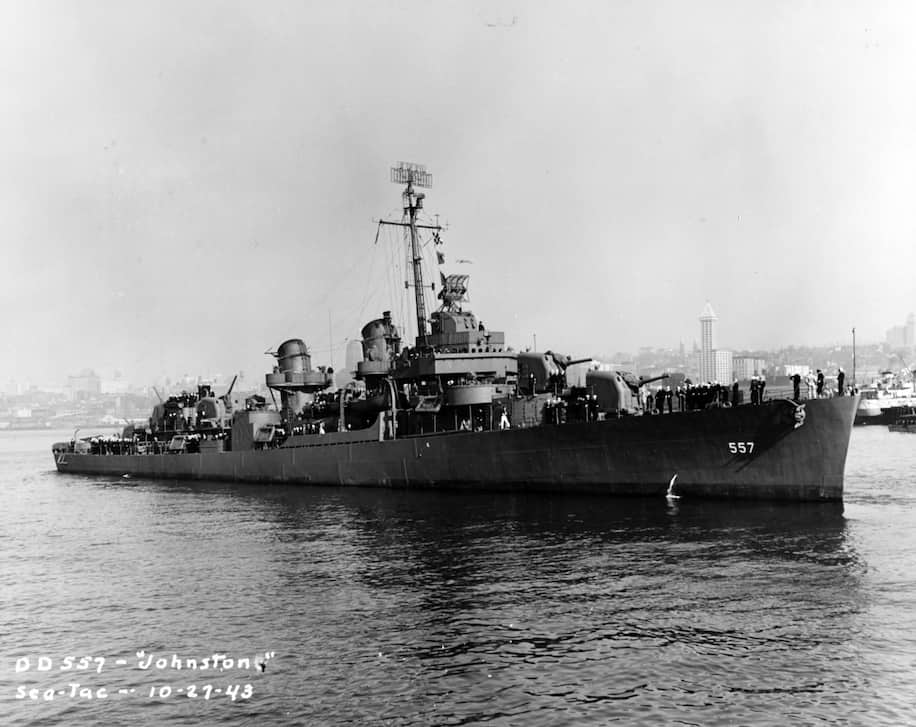