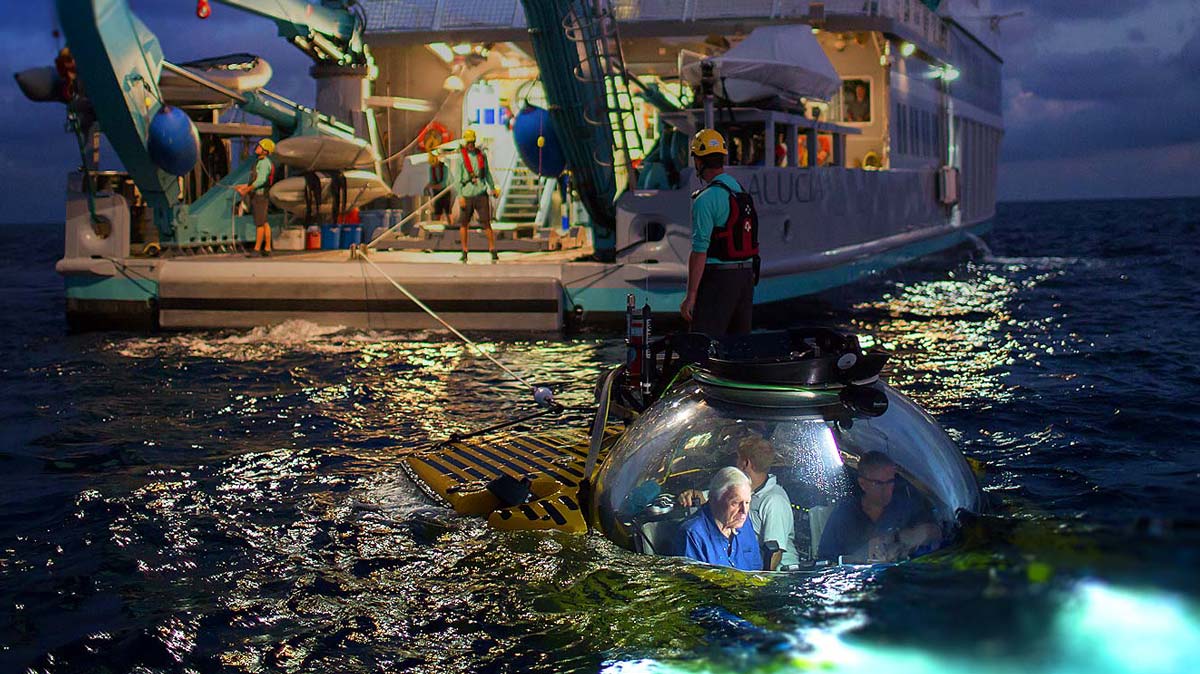 Our friends and partners at OceanX, Atlantic Productions and the BBC utilised their TRITON 3300/3 to take Sir David Attenborough on a record-breaking deepest dive on the Great Barrier Reef. Three sixty-minute episodes aired in 2015 and featured extensive footage of the Great Barrier Reef filmed using the Triton.

The team mounted an array of equipment to the submersible, including 4K cameras, 360° Virtual Reality cameras, lighting rigs and more. 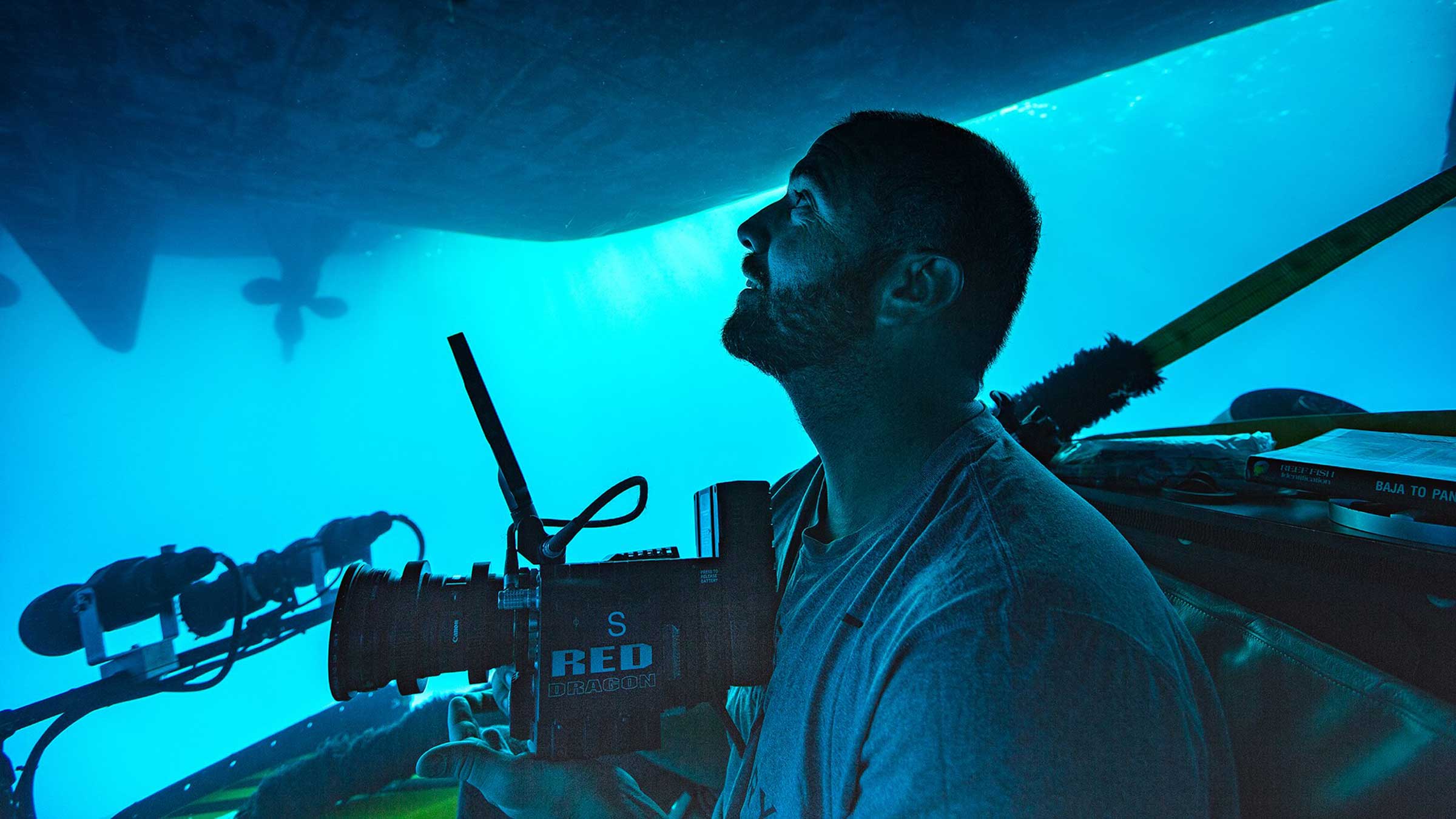 In ‘Cauldron of Life’, the opening episode of the BBC’s landmark series Galapagos, presenter and naturalist Liz Bonnin makes a dive in Nadir – one of OceanX’s two TRITON 3300/3. On her return she described the experience as “the most exhilarating thing I will ever do in my entire life”.

Liz Bonnin on her Dive

Liz Bonnin on her dives in Galapagos 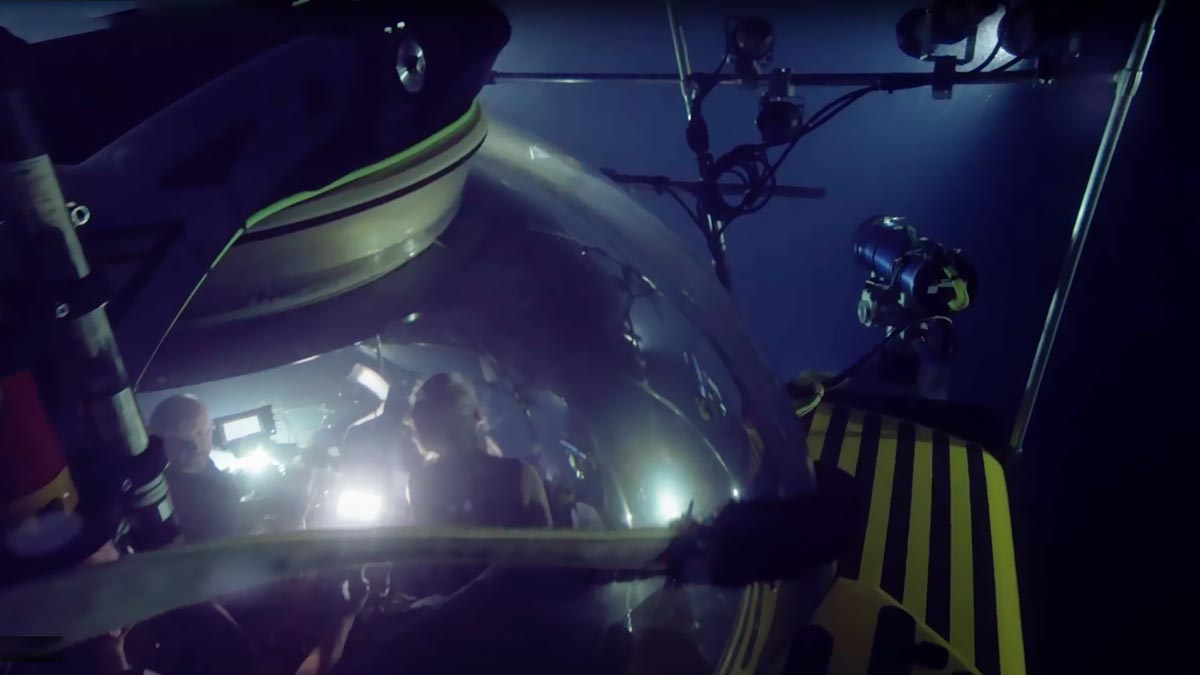 The most watched UK series of the year, and global ratings success, Blue Planet II was filmed largely from a TRITON 3300/3. Equipped with state of the art 8K cameras, crews had more than 500 hours of recorded dive time in OceanX’s ‘Nadir’ to complete the series, capturing never before seen and rarely glimpsed species in their natual habitat. 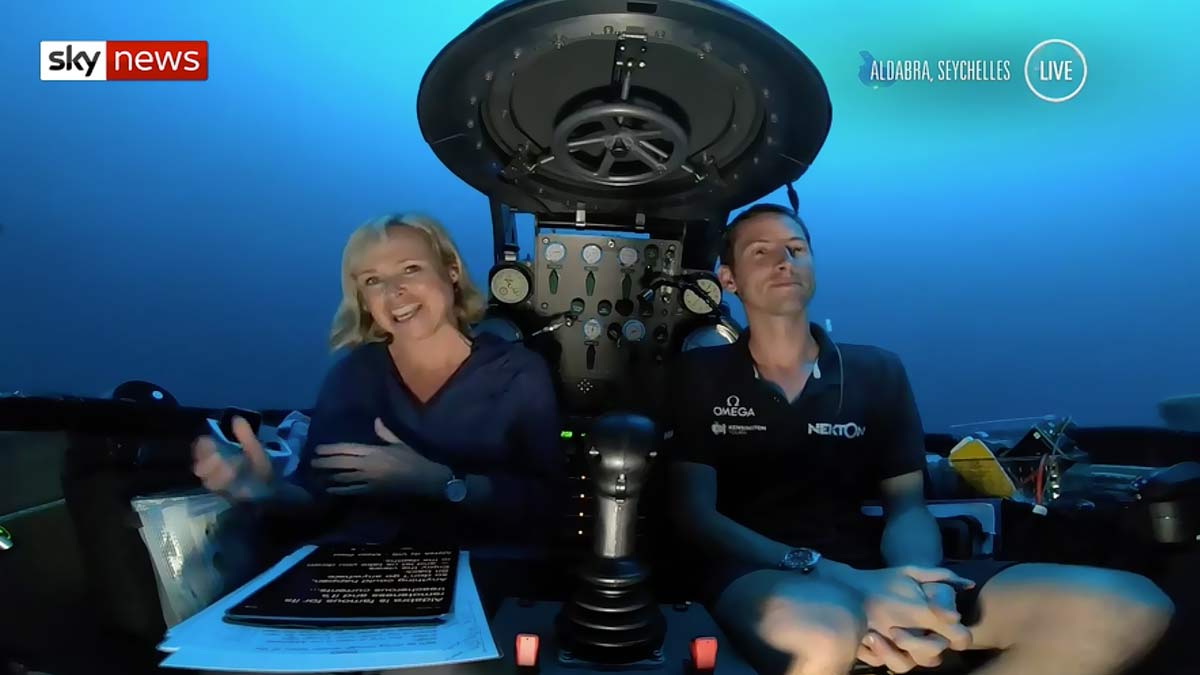 Sky News and our partners at Nekton collaborated to produce the world’s first live subsea news broadcast. It was filmed in the Indian Ocean inside one of Nekton’s two TRITON 1000/2 (MKI) submersibles. 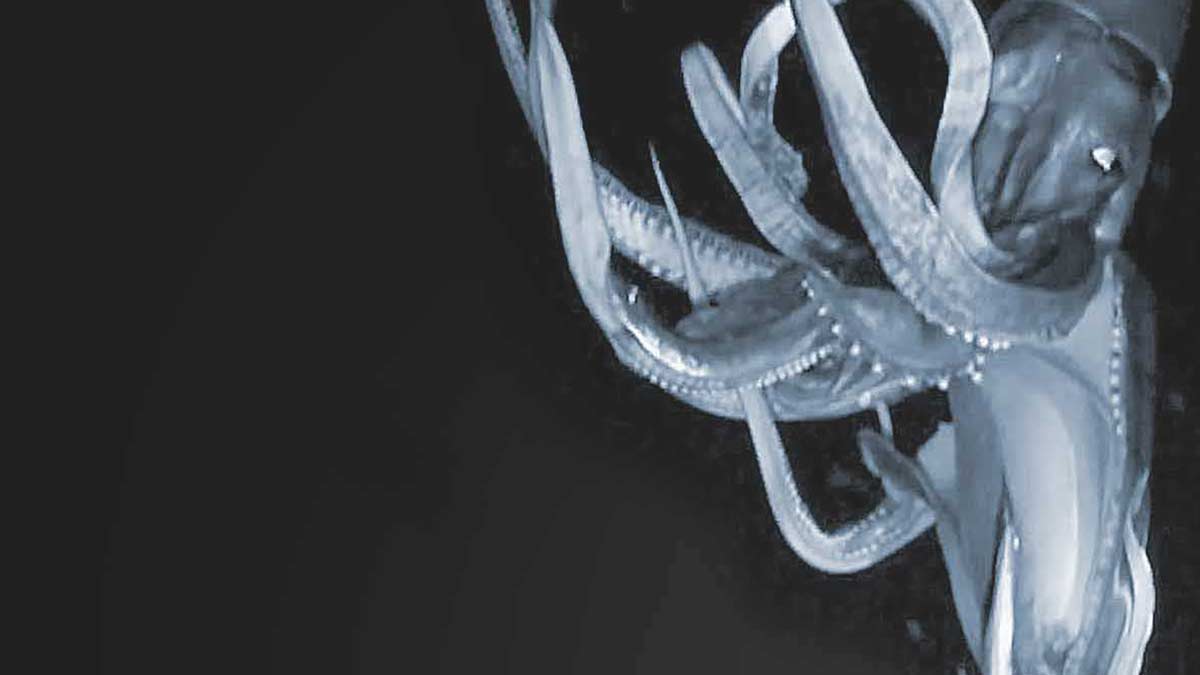 Triton and NHK were the first to discover and record video footage of the giant squid in its natural habitat. The footage was beamed to television sets the world over. 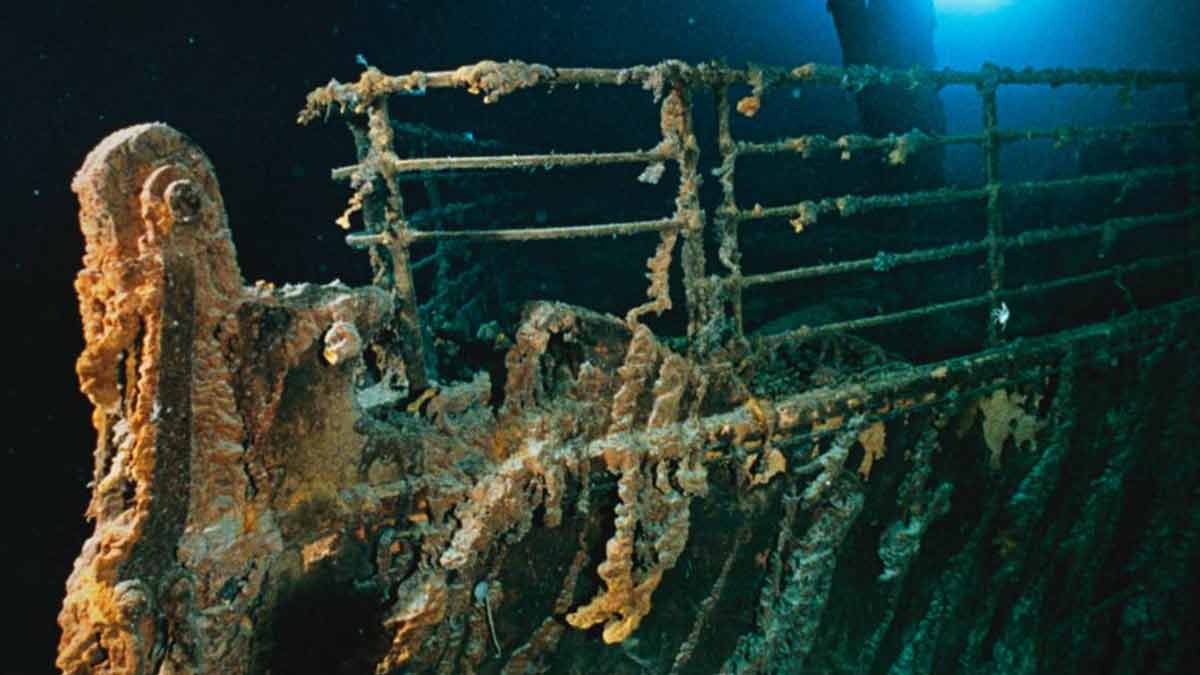 Caladan Oceanic, using a TRITON 36000/2, were the first to film the wreck of Titanic in 4k. The footage was shot for National Geographic and their documentary Mission Titanic. 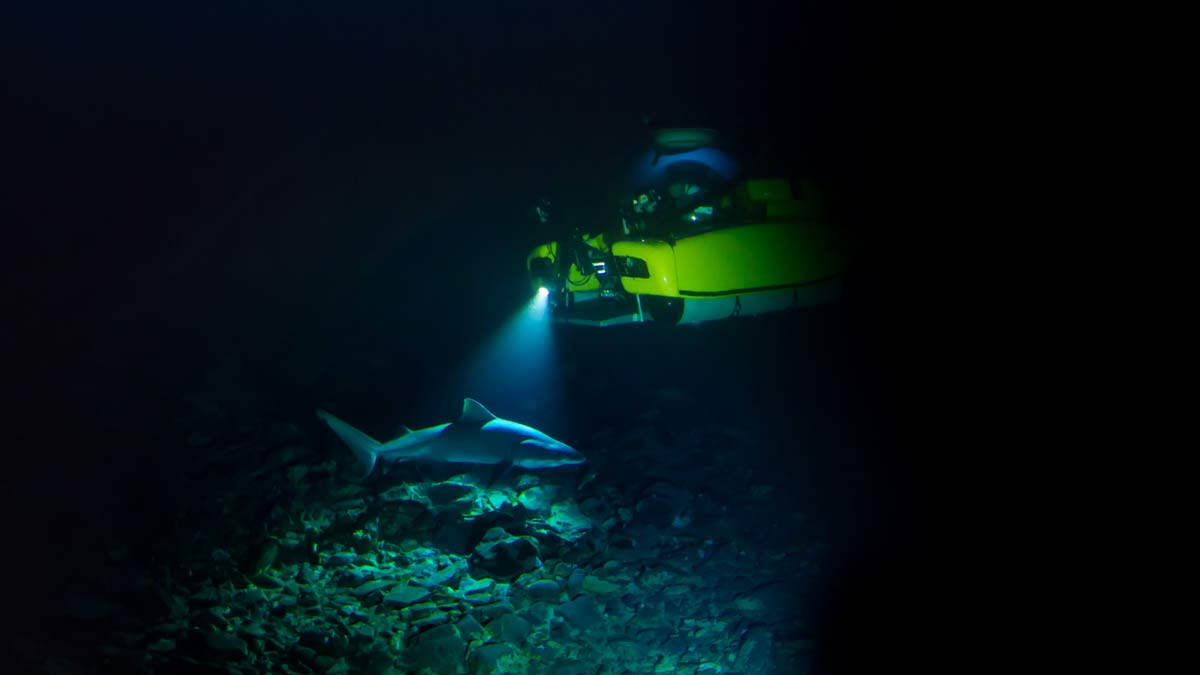 Using one of their pair of Triton 3300/3’s, the team at OceanX have once again been filming with Discovery Channel, this time for the popular Shark Week.

Filming Sharks with OceanX and Triton

WITH SPECIAL THANKS TO: