REV Ocean unveils its new submarine from Triton, at a naming ceremony in Barcelona. The three personal acrylic submersible, named Aurelia is the deepest diving vessel of its type, and will now undergo sea trials in the Balearic Islands. These sea trials are the final stage in the build process, with classification society representatives, as well as the teams from Rev Ocean and Triton, on hand for the certification and commissioning.

Another first from the team at Triton Submarines, Aurelia was primarily built at its primary facility in Florida, with final assembly taking place at the Triton facility in San Cugat, Spain. The submersible is designed to take researchers, guests and crew to a depth of up to 2300m. One of the ket design features is the acrylic sphere, which provides a nearly 360-degree field of view. Aurelia is equipped with a full range of scientific equipment for the collection of samples as well as observation and data recording…. 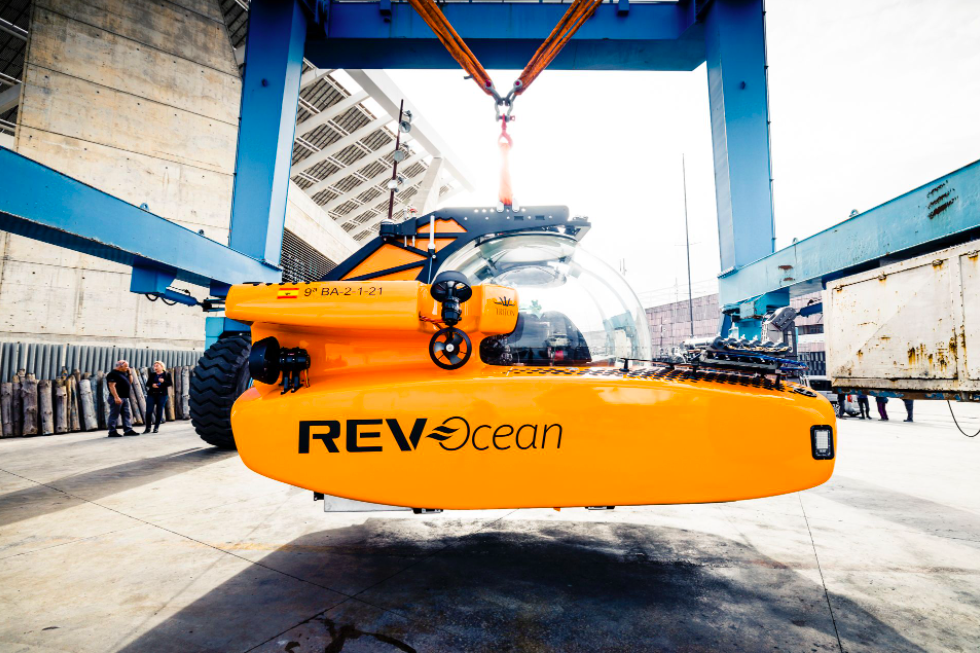