How Submarines Became the Coolest Piece of Kit on Board

Onboard submarines are growing larger and delving deeper, opening up a whole new world for superyacht owners to explore, says Caroline White

Whether you can call a submarine a superyacht “toy” is questionable, but that’s half the appeal for an adventurous owner: keep your frivolous playthings, I’m buying a portal to another world. No one takes submarines more seriously than Triton, the industry’s go-to submersible manufacturer — and no one understands better how these incredible machines are developing. The Florida-based team boasts a combined 400 years of experience in the submarine business, ranging from underwater tourism to defense. John Ramsay, Triton’s principal design engineer, for example, used to design submarine rescue submersibles — the ones they send down to get people out of sunken military submarines. “After that, I was doing swimmer delivery vehicles, for getting U.S. Special Forces covertly into wherever they needed to be,” he says.

Despite its broad spectrum of talent, Triton has been focused on the yachting sector from its foundation in 2007, a brave choice at the time. When founders Patrick Lahey and Bruce Jones started visiting boat shows to talk about their new business, people were “incredulous,” says Craig Barnett, director of sales and marketing. This was a time when explorer yachts were a minuscule niche. The first sub they put on a yacht was for the 50-meter Trinity Mine Games (now Amarula Sun): it was a gold 1000/2 model (Triton’s naming protocol refers to the diving depth in feet, followed by the number of passengers). Since then, the evolution of yachting culture has proved the founders right. “There’s been a growing change in social currency from the materialistic to the experiential,” says Barnett. “That’s reflected in the way people use yachts — whereas before they were seen as a status symbol, now they’re platforms for exploration, discovery, and adventure.” That change has promoted the onboard sub from a novelty to a valuable tool. 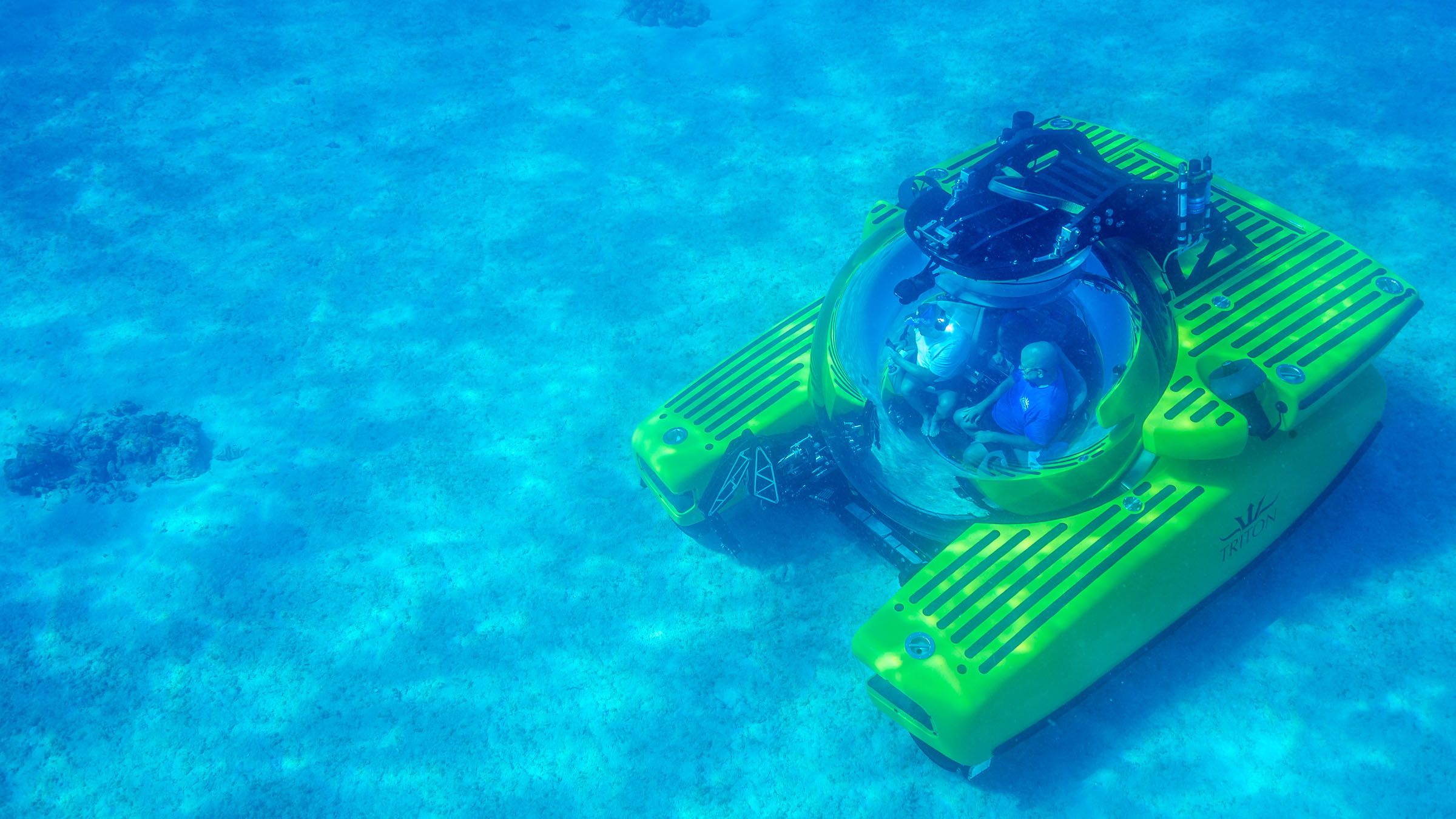